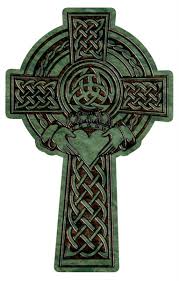 Maureen Frances (Roche) Barber, 71, of Framingham died Wednesday morning, Aug. 26 at her home in Framingham. She was born on April 16, 1949 in Cambridge, the daughter of the late David J. Roche and Eleanor C. (Corcoran) Roche.

She will be remembered by many as a very kind friend who always acknowledged the important moments in the lives of those around her with a homemade meal, fragrance-free flowers, a prayer card, or a thoughtfully chosen Irish knit baby sweater.

She went on many adventures with friends and family, but often remarked: “I love to travel, but I love coming home.”

Maureen was an avid patron of the arts – attending museums, theater, and music performances with her children and her many longtime friends. She had a particular knack for finding a secret parking location and the best place to get a cup of chowder.

A true New Englander, she was always prepared for a storm, always eager to give the best driving directions, and always said things in her own unique way. She enjoyed spending time by the ocean, but in the shade, away from sand.

Maureen was a Medical Technologist for MetroWest Medical Center in Framingham for 45 years. She worked in many areas of the laboratory, specializing in Blood Banking. She brought a soothing presence to her work and provided comfort to patients.

She was an alumna of Framingham State College and a longtime parishioner of St. Bridget’s Church.

Maureen was the mother of three, and sought every chance she could to expose her children to arts and educational opportunities. She embraced her children’s spouses and friends as if they were her own children. She was a caring and thoughtful mother (and mother figure) who will be missed greatly.

Most of all, Maureen’s happiest moments were when she was with people who called her “Mia.” This was the special name her oldest grandchild gave her and it stuck. Being a "Mia" was her greatest joy.

She is survived by her son, Christopher Barber of Framingham; her daughters, Suzanne Nugent of Los Angeles, Calif., and Allison Pasternak of Denver, Colo.; and her sons-in-law, Bill Nugent and Tim Pasternak.

She was the proud grandmother of Léa, Mack, Eleanor, Beatrice, and Iris.

She is also survived by her siblings, David Roche, Jr., Mary Gallagher, and Joseph Roche and his wife, Dawn Roche, all of Framingham, as well as many nieces, nephews, and lifelong friends.

Funeral services will be private.

In lieu of flowers, donations may be made in her honor to Mass General’s Emergency Response Fund, which subsidizes childcare costs for essential hospital employees.

In honor of Maureen’s dedication to her work, please consider donating blood at your local donor center.

Maureen's Funeral Mass will be live streamed at 10:00 A.M. EST on Friday, September 4th by clicking on the link attached to her website that morning. Should it be unavailable at the time, it will be uploaded to her obituary page later in the day for all to view.

To send flowers to the family or plant a tree in memory of Maureen F. (Roche) Barber, please visit our floral store.


Video is available for this event