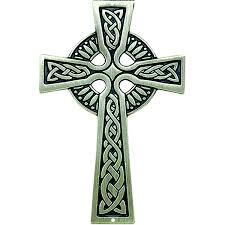 Mary Margaret “Peggy” (McArdle) Reilly, 93, a longtime resident of Framingham, died Saturday, January 7, 2023 after a period of declining health.  Born in Newton the daughter of the late John & Mary L. (Koch) McArdle, she was the beloved wife of the late John L. Reilly, Sr.

Peggy was a graduate of Newton High School, and she and John settled in Framingham in 1954.  As the children grew, Peggy went to work first as a crossing guard in Framingham, and eventually worked for many years as a medical secretary locally for Drs. DeNicholas and Love, until her retirement.

Always active in the community Peggy worked the polls for elections, was a member of the Friends of Framingham Library and the Red Hat Society. She enjoyed the Callahan Senior Center, cooking, sewing, but most of all spending time with her grandchildren.

Peggy is survived by her children, John L. Jr. & his wife Joann of Milford, Judith Evans & her husband Robert of Lawrenceville, GA, and Ginger Wasnewsky & her husband Walter of Medway, and her brothers, Brian, Richard and Kevin, her grandchildren, Erica, Sarah, Christine, Elizabeth, Heather, Robert, and Madeleine, her step grandchildren, Ryan, Jillian, and Joshua, 11 great grandchildren, as well as many nieces and nephews.

Besides her husband John, Peggy was predeceased by her daughter, Janyce, and her brothers, John “Jack” and Donald.

Family and friends will honor and remember Peggy’s life by gathering for a time of visitation in the McCarthy, McKinney & Lawler Funeral Home, 11 Lincoln St. Framingham on Thursday, January 12th from 9-10:45 AM. Her Funeral service will follow in the funeral home at 11 o’clock. Interment in Edgell Grove Cemetery, Framingham.

In lieu of flowers, remembrances may be made in Peggy’s name to: The Alzheimer’s Association, www.alz.org.

*** Peggy's service will be live streamed and can be seen by clicking on the tab below at the time of the service.***

To send flowers to the family or plant a tree in memory of Mary Margaret "Peggy" (McArdle) Reilly, please visit our floral store.

Video is available for this event