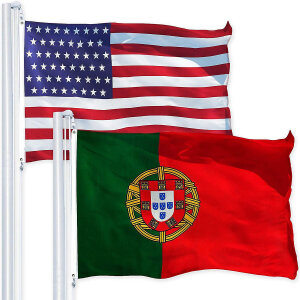 Jaime Calvao Fernandes, 86, of Framingham passed away on Saturday, June 18, 2022 after several years of declining health following a paralyzing stroke. He was the beloved husband of Ermina Rodrigues Fernandes, with whom he shared 59 years of marriage.

Jaime was born in Bustelo-Chaves, Portugal, the son of Jose Fernandes and Teresa de Jesus Calvao. He worked as a police officer for many years before immigrating in 1974 to join his brothers and sisters in the United States. Before retiring, he worked at the former General Motors assembly plant in Framingham.

In addition to his wife, he is survived by his three children and their families: Eliseu Calvao, his wife Edith Boucher Calvao, and their daughter Victoria Calvao, of Brossard, Quebec; Dinis Calvao of Hopedale, his longtime life partner Mary McGonagle, and children Toni and Nick Trask; Duarte Calvao of Framingham and his children Christopher D. Calvao and McKenzie E. Calvao of Dennis.

Jaime liked to watch soccer whether on TV or in person. Another great enjoyment for him and his wife was in cultivating a vegetable garden every year producing bountiful crops which they generously shared with family, friends, and neighbors. He had great faith and participated actively in church life by singing in the choir, organizing festivities, doing readings at masses, and in many other ways contributing to the immigrant Portuguese community.

Family and friends will honor and remember Jaime’s life by gathering for visiting hours in the McCarthy, McKinney & Lawler Funeral Home, 11 Lincoln St. Framingham on Sunday, June 26th from 2-5 P.M. His Funeral Mass will be celebrated on Monday morning in St. Tarcisius Church, 562 Waverly St. Framingham, at 10 o’clock.  Interment will follow in St. Tarcisius Cemetery,

To send flowers to the family or plant a tree in memory of Jaime Calvao Fernandes, please visit our floral store.

A Memorial Tree was planted for Jaime