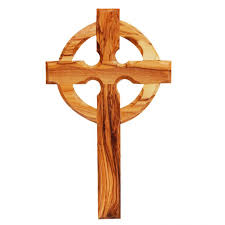 Jacqueline T. “Jackie” (St. Martin) Flynn, passed away on Sunday, June 5, 2022 at her home in Framingham after a brief illness. Jackie was born in Lowell, Mass on December 20, 1939. She was the only child of Henry and Cecile (Vaillancourt) St. Martin. Her father passed away in 1942 after which, with her mother, she moved to Framingham. Her mother married Silvio Biselli of Framingham in 1948.

Jackie enrolled in Saint Stephen School in the fourth grade, and completed her elementary education there in 1955, then proceeding on to Framingham High School where she graduated in 1958. She attended nursing school at Saint Vincent Hospital in Worcester and after three years, left to marry her high school sweetheart, John Flynn on September 3, 1960.

The Flynns moved to Fishkill, N.Y. in June of 1962 where John worked for Texaco Oil Company and where they continued to raise their family. They moved back to Framingham in 1966 when John joined Polaroid corporation until he retired in 1996. She pursued a career in real estate for a number of years before to settling in to manage their home.

Though she undoubtedly would have been successful as a nurse, or a real estate agent Jackie chose to be the perfect wife and mother. Family was the center of her world and her husband, children, their spouses, and grandchildren were blessed by her unwavering care and love. She was a fantastic cook and baker and felt her role as Mom wasn’t fulfilled for the day if all didn’t leave with a full stomach.

She had a keen eye for style and a natural talent for home decorating. After over 30 years in Framingham where she raised her family, there were some exciting stops in Edgartown, North Falmouth and Hudson before arriving back in Framingham.  Each time she succeeded in creating a warm environment for frequent family visits and many memorable Sunday dinners.

She enjoyed traveling and was fortunate to make several very special trips with Dad and a group of dear friends and relatives.

In recent years she was completely content staying close to home surfing the web, watching Jeopardy and a good sporting event, dining out after church, chatting on the phone with her friends and children and generally sharing relaxing time with her husband.

She will be sorely missed.

Family and friends will honor and remember Jackie’s life by gathering for visiting hours in the McCarthy, McKinney & Lawler Funeral Home, 11 Lincoln St. Framingham on Sunday, June 12th from 3-7PM.  Her Funeral Mass will be celebrated in St. Bridget Church, 830 Worcester Rd., Framingham on Monday morning at 10 o’clock.  Interment will follow in St. Stephen Cemetery.

To send flowers to the family or plant a tree in memory of Jacqueline T. (St. Martin) Flynn, please visit our floral store.

A Memorial Tree was planted for Jacqueline