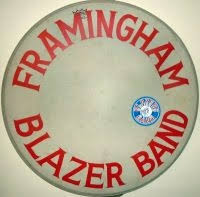 Charles A. Walant was born in Philadelphia Pennsylvania on November 2, 1926 an only child of Pauline and Frank Walant.

Shortly after graduating from High School, Charles was drafted into the Army and served in the states during World War II. He was discharged from the Army Air Force in 1946 with the rank of Private First Class.

He enjoyed the field of electronics and decided to pursue this area by getting a Bachelor of Science degree in Electrical Engineering (BSEE) from Drexel Institute of Technology (now Drexel University) in 1950. In 1961 he received a Master of Science degree in Electrical Engineering (MSEE) from Northeastern University in Boston.

Over the years, Charles worked for many companies but the longest time was with Raytheon Company. He worked for over 25 years at Raytheon locations in Bedford, Wayland, and Sudbury. He retired from Raytheon in 1991 with the title of Sr. Development Engineer in Reliability. Among the projects worked on were the development of the Patriot Missile and the Terminal Doppler Weather Radar (TDWR).

Charles met and fell in love with Norma who he married in November 1952, moved to Natick and had two sons Glen and David. With a growing family, he moved to a larger home in Framingham where he spent his most enjoyable time. He enjoyed traveling cross country and spending time with his family.

Charles and Norma dedicated their lives to bringing up their 2 boys and nurturing their interests and musical activities with the Framingham Blazers Band and Greater Boston Youth Symphony Orchestra. Charles lived his life for his Family.  He was especially proud of his seven grandchildren - Christopher, Timothy, Andrew and Melissa, children of Glen and Jacinta, and Anna, Benjamin and William, children of David and Karen.

Charles enjoyed spending time with his sons learning music and he performed violin with the Framingham Symphony with both Glen and David. He enjoyed doing many things with Norma, Glen and David - playing games, fishing, family bicycle rides and family vacations with trips to Florida. He enjoyed technology bringing the joy of the then "state of the art" Atari 2600 for his boys and listening/sharing his love of music with great recordings on his stereo system.

Charles' backyard garden kept him busy during the summer growing vegetables. Fruit trees as well as raspberry and blueberry bushes, and even growing concord grape vines were his delight. He also enjoyed producing wonderful wines and beers and made the best Chocolate Chip Ice Cream! Besides the joys of gardening, he loved classical music and Dixieland jazz, woodworking and using his computer.

Charles leaves a legacy of joy of family for his children and grandchildren with many interests and who enjoy life, food and fun.

Considering the current health restrictions, family and friends will honor and remember his life with private graveside services that will be live streamed on Wednesday, January 13, 2021 at 10 A.M.

***Charles' services have been recorded and can be seen below.  If you are using Firefox and having trouble hearing, simply reopen in a different web browser.***

To send flowers to the family or plant a tree in memory of Charles A. Walant, please visit our floral store.


Video is available for this event