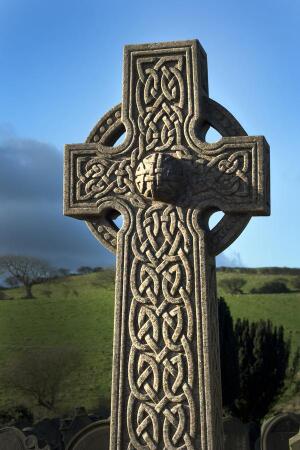 Barbara A. (Eagan) Cox, 91, a lifelong resident of Framingham died Thursday, January 12, 2023. Barbara was surrounded by her family and passed away peacefully. Born in Framingham, she was the daughter of the late Thomas and Ebra (Cotter) Eagan, and the beloved wife of the late Richard C. Cox.

Barbara was a graduate of Framingham High School, Class of 1949. She went on to study at Worcester State College. She worked as a waitress for many years at the Villa Restaurant in Wayland. Raising seven children, Barbara volunteered as a girl scout leader in Framingham and was a member of the Framingham Emblem Club.

Barbara was a wonderful and loving mother who gave her all to her family. Barbara was one of the kindest women to ever walk this earth and the family was blessed to have her as the head of the family.

Barbara loved to read and instilled this same love of reading in her children. She made their clothes, kept them fed, and encouraged them to be kind people. She had a great, somewhat sarcastic, sense of humor that she passed along to future generations. She enjoyed golfing, bowling, taking her young kids on vacations to the Cape, going with her daughters to Maine over the years, visiting with her ‘granddogs’, watching birds, and blue skies were her favorite. A true matriarch nothing made her happier than spending time with her family, particularly her grandchildren and great grandchildren.

Barbara is survived by her children Dianne M. Russell & her husband Francis of Shrewsbury, Deborah R. Manzella & her husband Frank of Hopkinton, Donna K. Donley & her husband Dan of CA, Richard C. Cox, Jr. of Germany, Barbara M. Cox of Framingham,  Steven R. Cox of Framingham, and Christine T. Ward & her husband Stoney of AZ. She will be greatly missed by her loving grandchildren who brought much joy to her life: Mark Cox, Bob Russell and his wife Mary, Shannon Russell, TJ Russell, Stephanie Logie and her husband Trey, Michael Manzella and his wife Karen, Megan Manzella, Christine Manzella and her husband Nick , Matthew Manzella, Kayla Donley, Michelle Garcia and her husband Arturo; and her great grandchildren, Mason Herman, Ryan Manzella, Finn Manzella, Elsie Logie, Sadie Logie, and Alex Garcia, who provided a lot of entertainment for her in her later years. Barbara is also survived by her brothers Thomas Eagan of Ashland, Bob Eagan, of California, John and Carla Eagan of Cape Cod, and her sister Ellen of Colorado, as well as many much-loved nieces and nephews.

Besides her Beloved husband Richard, Barbara was predeceased by her daughter in law, Diane, and her sister in law Barbara Eagan.

Services will be private and interment will take place at a later date.

In lieu of flowers, remembrances may be made in Barbara’s name to Alzheimer’s Association, https://www.alz.org.

To send flowers to the family or plant a tree in memory of Barbara A (Eagan) Cox, please visit our floral store.