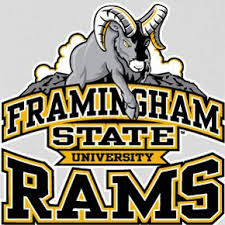 He played Framingham Youth Baseball through Babe Ruth and was most often found on the mound. In High School he continued baseball his freshman year, moved on to wrestling and for a guy who couldn’t stand the water, he joined the swim team. Michael enjoyed playing basketball in a pick up game with friends or with Temple Beth AM, snowboarding, and a good video game.

After High School, Michael attended UMASS Dartmouth and MassBay , eventually finding his niche he proudly graduated from Framingham State this past May and began work as a software developer.

Michael is loved and will be greatly missed by his parents, Richard M. Jr. & Beverly J. (Davidson) of Framingham, his older sister Megan C. & her husband Ryan Ventimiglia of FL, his twin sister, Melissa L. & her fiancé Guy DePlacido of Woburn, and his youngest sister, Molly R. of Woburn. He is also survived by many aunts, uncles, cousins, and dear friends. Michael was predeceased by his grandparents, Richard & Joan (Lorenzen) O’Reilly, and his uncle Robert J.

Family and friends will honor and remember Michael’s life by gathering for visiting hours in the McCarthy, McKinney & Lawler Funeral Home, 11 Lincoln St. Framingham on Friday, November 1st from 4-8 P.M. His Funeral Mass will be celebrated in St. George Church, 74 School St. Saxonville on Saturday morning at 10 o’clock.  Interment will be private.

In lieu flowers and In memory of his late Uncle Bobby, remembrances may be made in Michael’s name to the: National Multiple Sclerosis Society, Greater New England Chpt., 101A 1st Ave. Waltham, MA 02451, www.nationalmssociety.org/Chapters/MAM.