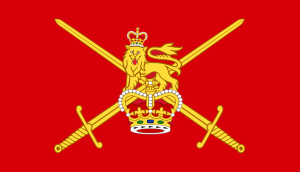 On the evening of Thursday, May 30th the family of Henry S. Tuffs, said good-bye to their legend. Henry, of Holliston, formally of Barre and Framingham, lived to be 100, before peacefully passing away following a brief illness. He was a man of infinite wisdom & experience, endless stories, a master of exaggeration & quick wit, with a heart of gold & an extreme love for his family. He was the most loyal & dedicated husband to the love of his life, Martha (Goodier) Tuffs.

Born, raised & educated in Liverpool, England, he enlisted in the British Army as a young man. He served valiantly in many of the major campaigns including Dunkirk, Normandy, & the Battle of the Bulge. In 1954 he immigrated to the US with his wife and son, first settling in Somerville & later in the Saxonville area of Framingham. Trained as a butcher, Henry worked at Columbia Packing Co. in Boston, and was an active member and Secretary/Treasurer of the Local of the Amalgamated Meat Cutters Butcher Workmen of America.

Painting was Henry’s true passion and he became a semi-professional painter in his retirement years in Barre, MA, selling many of his paintings. He was often commissioned for what he became most known for, his wooden hand painted miniatures of homes and landmark buildings, which can now be found all over the US, Canada, and the UK.

To those around him he passed on his love of nature, long walks in the woods, gardening, his obsession with tea, his enthusiasm for LFC, the Red Sox, and British pride. He was sharp until the end & loved reading and reciting poetry. He loved to sing and dance and had the warmest smile to greet you whenever he saw you. He was so proud to reach his 100th birthday and now will remain 100 forever.

Henry is survived by his only son, William H. & his wife Kathleen of Holliston, his beloved grand children Meredith, Gillian & Peter, their spouses and his 7 great-grandchildren, many nieces & nephews both in the US and England. Besides his wife Martha, he was predeceased by his 2 brothers & 2 sisters.

Family & Friends will honor & remember Henry’s life by celebrating his memorial service at the Barre Congregational Church at 10 AM on Saturday, June 15th.

In lieu of flowers, remembrances may be made in his name to Direct Relief (DirectRelief.org).

To send flowers to the family or plant a tree in memory of Henry S. Tuffs, please visit our floral store.